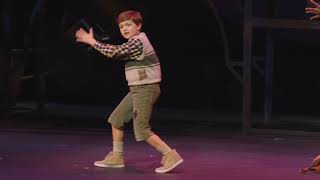 Eric Harrison, Arkansas Democrat Gazette More than three dozen young actors are turning the Arkansas Repertory Theatre into a Dahl house. The entirely local cast of 39 youngsters, age 10-17, is in final dress/technical rehearsals for the musical Willy Wonka Jr., featuring the songs by Leslie Bricusse and Anthony Newley that appeared in the 1971 movie Willy Wonka and the Chocolate Factory, and which was based in turn on Roald Dahl's children's classic Charlie and the Chocolate 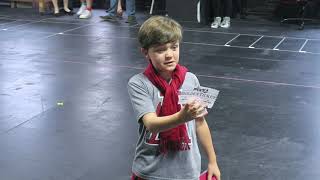 Rehearsals have begun for WILLY WONKA JR. at Arkansas Repertory Theatre. A cast of 40 young artists between the ages of 10-17 work with Director and Choreographer Anna Kimmell and Music Director Mark Binns to bring this magical story to life on stage.

Rep Teens in "The Telephone Hour"

Elevating the voices of youth